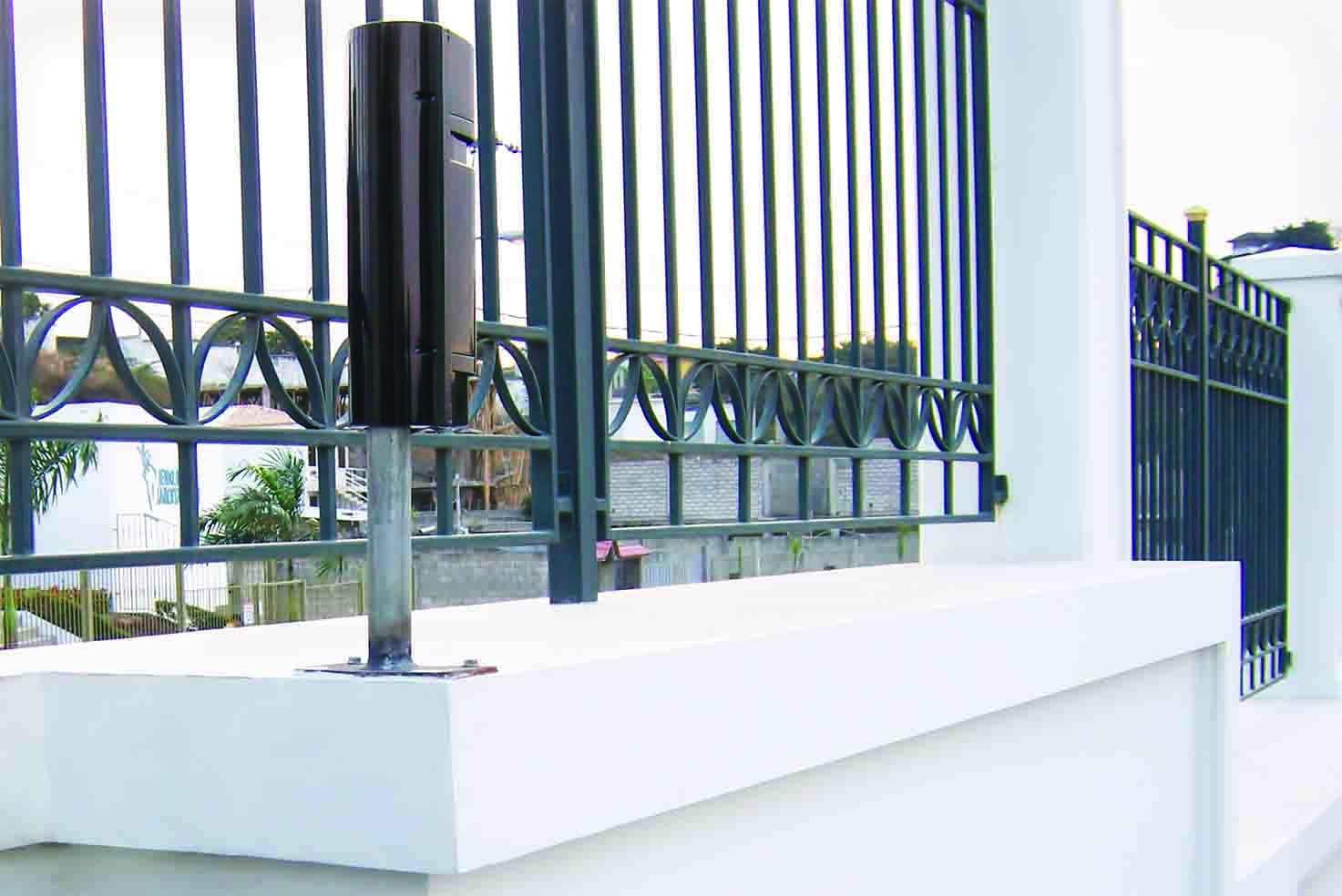 Model 455B is a cost-effective, flexible outdoor active infrared detection sensor designed for short range applications. This solidly-constructed unit consists of a transmitter, which is the source of invisible pulsed active infrared emissions, and a receiver, which receives the beam signals, analyzes them, and detects walking or climbing intruders passing between the two columns. Equipped with four infrared beams, the Model 455B creates an undetectable protection zone of up to 50 m (165 ft), and cannot be covered, masked, or blocked without causing an alarm. Multiple beam paths must be interrupted simultaneously for an alarm to be generated, reducing nuisance alarms caused by small objects. An integrated alignment system allows a single installer to quickly and easily set up and adjust the sensor.